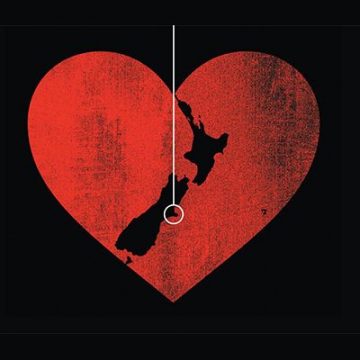 Home/News/Opportunity in Adversity – Commemorating the 10th Anniversary of the February 2011 Earthquake in Christchurch, NZ

Opportunity in Adversity – Commemorating the 10th Anniversary of the February 2011 Earthquake in Christchurch, NZ

As we commemorate the 10th anniversary of the February 2011 earthquake that wreaked havoc in Christchurch, New Zealand, I’ve been reflecting on what those ten years have meant for us at ENGEO. Most of our team who have worked out of our Christchurch office lived through the turmoil, destruction, and constant state of alertness that comes with years of aftershocks. It’s hard to accurately explain the toll such disruption can take on an individual’s state of mind and the fortitude that is required to keep forging ahead through the mayhem and uncertainty. However, there is always opportunity in adversity and I think as a company we’ve done extremely well at finding the silver lining in an otherwise grey cloud.

At the time of the September 2010 earthquake we had only been in business (as Geoscience Consulting) for five months and on the 3rd of September 2010 we had just hired our first full-time employee to bring the team total to three. At the time we were still in the middle of the GFC and weren’t sure we’d have enough work to keep us going for long but we took a punt anyway. The following morning we were rudely awakened by a M7.3 EQ that would change the path of our business and provide us with an opportunity to turbo charge our long-term aspirations. While we had plenty of work to do helping rebuild Christchurch, we decided in 2012 that we should look further afield in order to secure the long-term future of our business. We opened offices in both Wellington and Auckland that year, a major undertaking for a small Christchurch-headquartered company, and they are now our two largest Australasian offices. It was also in 2012 that we partnered up with ENGEO from California after a chance meeting in late 2011. The union of the two businesses could not have been a better fit and we have gone from strength to strength because of our strong relationship.

In 2013 we also established the ENGEO Dream Trust charity as a way of giving back to the communities that have supported us. In particular, we’re conscious that we have grown rapidly because of our role in rebuilding Christchurch and that many others have not been so fortunate.

Looking back from ten years after the Feb 2011 EQ, it is extremely rewarding to see how well our strategy has unfolded. We now have successful offices in Auckland, Wellington, Tauranga, Queenstown, Brisbane and Adelaide. Looking forward over the next ten years, we plan further growth in NZ and Australia as we strive to become the Rolls Royce of our industry. The next major strategic step for us is to lead our industry in technological evolution through our software business Entuitive.

Whatever we do over the next 10yrs we know that whenever adversity strikes we need to remember to look for the opportunity it brings with it.